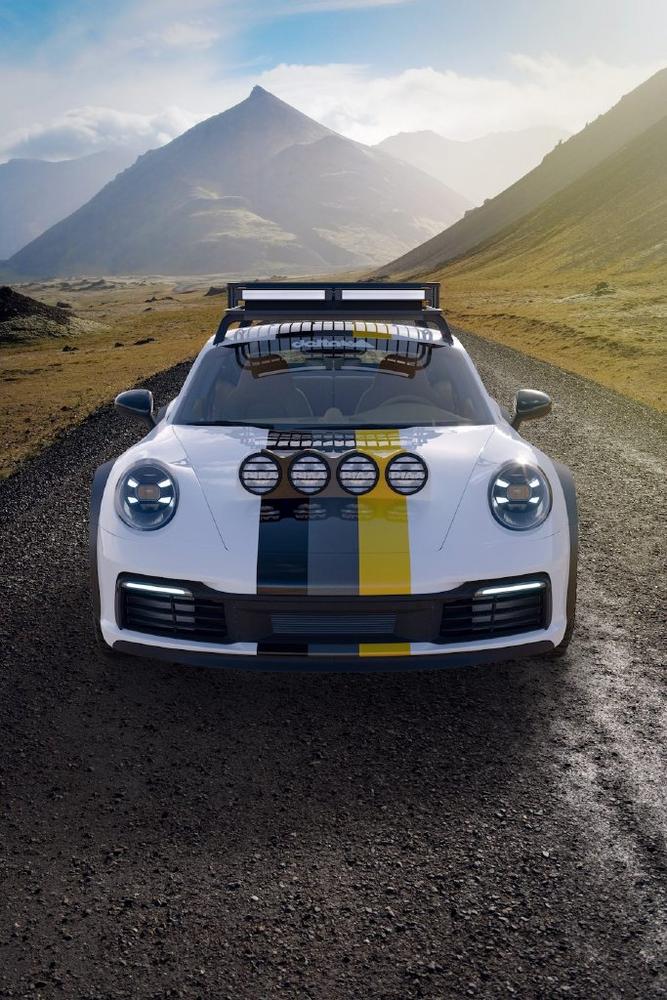 The Porsche 911 has excelled in all aspects of motor racing, known primarily for its performance on race tracks around the world dating back to the early 1960s. The Porsche 911 has enjoyed a successful rally career too, in the 80s the rear engined icon celebrated major victories at the legendary Dakar and Pharaohs Rallies.  The specially modified Porsche 911 4×4 derivatives 953 and 959 have proved their worth on sand and gravel.

delta4x4 Bavaria’s one-stop off road specialist goes that extra mile to realize their customers wishes, the crazier the better!

When a young entrepreneur from Ulm in southern Germany asked delta4x4 for their help in modifying his brand-new Porsche 911, type 992 Carrera 4S, so as to make it possible for him to drive it from Germany to Dakar, essentially recreating the legendary Rallye Paris-Dakar, delta4x4 immediately jumped at the challenge.  Maximilian Loder, delta4x4’s managing director, explains “this where we can contribute all our experience and know-how”.

delta4x4 has first hand knowledge of this rally, in 1982 they were participants in the 4th Rallye Paris-Dakar.   Bravely they embraced the spirit of this epic event in a Suzuki LJ80, that they had tuned to 80hp, to this day they pride themselves in reaching the beach at Dakar after 13,000 action-packed kilometers.

By means of computer animation delta4x4 has already given their vision wings, they’ve been able to transform the Carrera 4S into a true high-tech rally hero.  A specially designed light bar along with a custom roof rack lend the vehicle a rugged off-road look.  Importantly, a new reinforced chassis with a ground clearance of 250mm guarantees fast off-road handling.