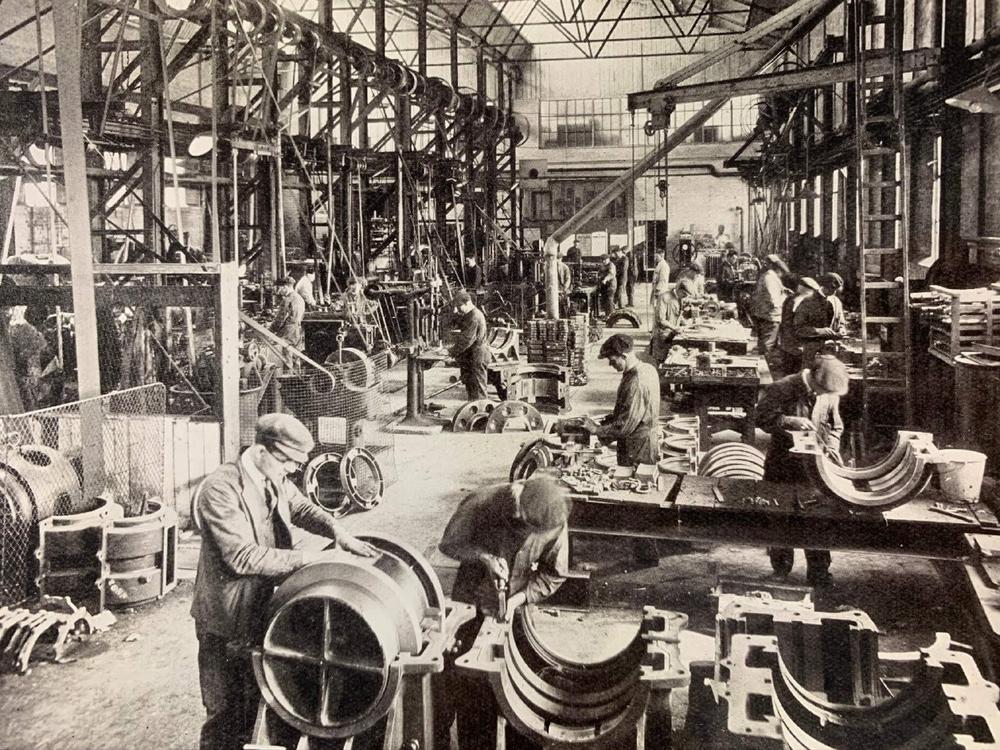 In 1905, prior to the incorporation of Michell Bearings, founder A.G.M Michell registered patents in Britain and Australia for his tilting pad bearing invention, a concept which is widely used around the world today. Now employing 182 people from manufacturing sites in the UK and India, as well as a global sales network, Michell Bearings began life with co-ownership between A.G.M Michell and Henry Thornton Newbigin, as well as four major shipbuilders in the North East of England; Cammell Laird & Co., Vickers, John Brown & Co. and Fairfield Shipbuilding and Engineering Co.

The adoption of Michell’s tilting pad thrust block was revolutionary during the First World War. By the end of the war, Michell’s more elegant state of the art design had replaced the larger, less reliable fore runners and it was estimated that the direct annual saving to the Royal Navy in coal and oil was around £800,000, which is the equivalent to £82 million today.

Steve Dixon, CEO at Michell Bearings, said: “It is a privilege for us all to be part of history as we celebrate 100 years since the incorporation of Michell Bearings. The fact that the business has reached this significant milestone is a tribute to everyone, past and present, who has dedicated themselves to the success of the company.

“The hard work of our employees is greatly appreciated and our efforts today are crucial to ensuring that Michell Bearings prospers for generations to come. “There’s no doubt it’s an unusual time to celebrate this centenary, and of course we are disappointed that we can’t have a bigger celebration. But it’s important that we come together in some way mark this special occasion."

The company occupied premises on Scotswood Road, Newcastle, where it was owned by Vickers and subsequently Rolls Royce until 2015. Now a member of the British Engines Group, Michell Bearings moved to its current facility in South Shields in 2015. Since the takeover, the company has seen considerable investment in both the UK and Indian facilities.

In recent years, Michell Bearings has continued to grow and expand in markets such as hydropower, nuclear power and naval propulsion resulting in record sales in the last financial year. The past two years have seen the company manufacture its fastest self-contained bearing within the nuclear power industry, largest thrust block for naval propulsion, and largest horizontal bearing for a civil aerospace development application.

More recently, bearings for a nuclear reactor cooling pump application have successfully completed a station black out (SBO) test at the Michell Bearings facility. It is thought to be one of the world’s first successful tests in this context. The SBO test simulates an environment where a nuclear power station loses all electrical power and the successful operation of the bearings is key to maintain the safe onward operation of the nuclear reactor.