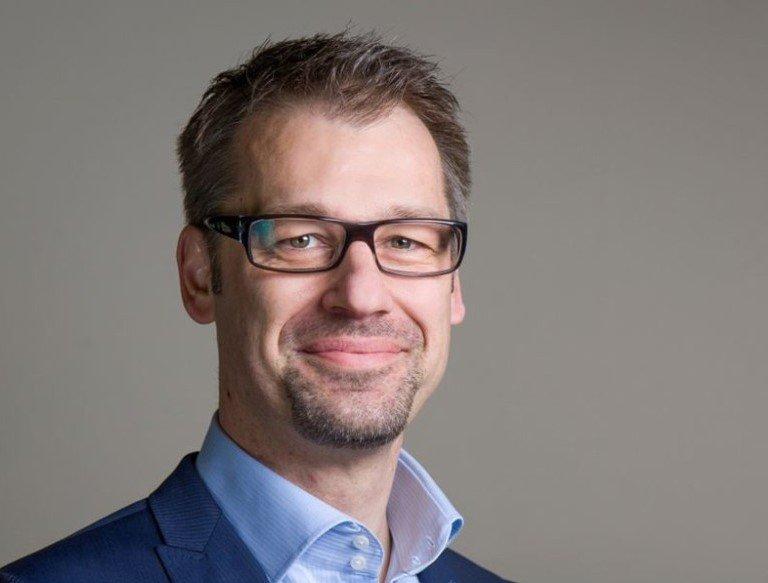 Ingo Steinkrüger (48), currently Chief Executive Officer at thyssenkrupp System Engineering, will take over as CEO of the global Interroll Group on May 1, 2021, succeeding Paul Zumbühl, who announced his retirement last June and will be nominated as future Chairman of the Interroll Board of Directors.

Ingo Steinkrüger brings more than 20 years of proven management and technical expertise with a focus on project and product business, automation, engineering, and production technology, and has extensive global sales and service experience in the highly competitive automotive industry. He holds a degree (Dipl.-Ing.) in mechanical engineering (production technology) and a degree (Dipl.-Ing.) in industrial engineering from the University of Cologne.

Ingo Steinkrüger began his career in the thyssenkrupp Group in 2000 at Johann A. Krause Maschinenfabrik GmbH in Bremen as a sales/project engineer. After holding several successful management positions in project management, business development, service business, and global key account management, Ingo Steinkrüger took over overall responsibility for Global Sales & Service as vice president. From mid-2016, due to his continuous success, Steinkrüger was assigned the position as CEO of the same stand-alone business unit thyssenkrupp System Engineering with sales of EUR 1.1 billion (approximately CHF 1.2 billion, 2019), 4,600 employees, and 15 locations worldwide.

"We are very much looking forward to working with Ingo Steinkrüger, whose strategic focus on future topics that are important for Interroll, such as digitalization and technology platforms, as well as his great success in global sales and the service business, have convinced the Board of Directors," says Urs Tanner, chairman of the Board of Directors of Interroll Holding AG. "The appointment was preceded by a careful selection process and a global search for the best candidate, both internally and externally."

"With Ingo Steinkrüger, we have been able to attract a proven and successful leader who, in addition to outstanding technological expertise, brings a strong customer focus and the right feel for our corporate culture and values," says Paul Zumbühl, CEO Interroll Worldwide Group. "These are the best prerequisites to further drive our growth and lead the company and its employees to the next level of success with our long-term strategy."

"I am very much looking forward to taking over the management of the Interroll Group and contributing my experience to the company," says future Interroll CEO Ingo Steinkrüger. "My goal is to continue Paul Zumbühl’s successful activities and, together with the employees, to sustainably strengthen the company’s growth path through customer orientation and the further development of the technology platform.”

As announced in June 2020, Paul Zumbühl will step down as CEO at the end of April 2021 after more than 21 years in this position. The Board of Directors of Interroll Holding Ltd. will nominate him to the shareholders as the future Chairman of the Board of Directors at the Interroll Annual General Meeting on May 7, 2021. The board has also announced that it will appoint him as Active Chairman if his election is confirmed. At the same time, Urs Tanner, the current Chairman of the Interroll Board of Directors, will stand for election as Lead Independent Director for the first year in order to ensure, together with the Interroll Board of Directors, effective control and supervision during the transition phase and strict compliance with recognized corporate governance guidelines. After two years, the function of active chairman will revert to the regular chairman’s office in 2023.

This press release has been made public and sent to subscribers at the same time. Interroll declines any responsibility for delays caused by recipient communication problems.

The Interroll Group is the leading global provider of material handling solutions. The company was founded in 1959 and has been listed on the SIX Swiss Exchange since 1997. Interroll provides system integrators and OEMs with a wide range of platform-based products and services in these categories: Rollers (conveyor rollers), Drives (motors and drives for conveyor systems), Conveyors & Sorters as well as Pallet Handling (flow storage systems & pallet conveyors). Interroll solutions are in operation in express and postal services, e-commerce, airports, the food and beverage industry, fashion, automotive sectors, and many other manufacturing industries. Among the company’s end users are leading brands such as Amazon, Bosch, Coca-Cola, DHL, Nestlé, Procter & Gamble, Siemens, Walmart and Zalando. Headquartered in Switzerland, Interroll has a global network of 34 companies with turnover of around CHF 559.7 million and 2,400 employees (2019).